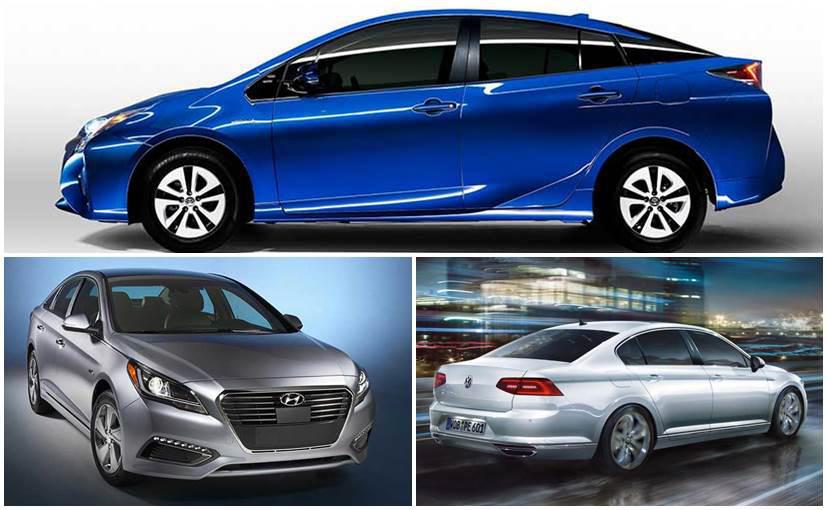 The fifty Best Podcasts of 2016

From politics shows to horror series, highlights from a year of listening

The hurricane was just upgraded to an "utterly dangerous" Category five storm.

The continental United States is preparing for another major hurricane just weeks after Harvey extracted torrential rains over southeastern Texas, leading to catastrophic flooding, the displacement of thousands, and the deaths of at least sixty people.

Irma is expected to pass over the Leeward Islands, a chain that includes the British and U.S. Cherry Islands, Tuesday night or early Wednesday. The hurricane will then proceed its westward churn toward Puerto Rico. Later in the week and over the weekend, the storm could reach Hispaniola, Turks and Caicos, the Bahamas, Cuba, and Florida.

Americans Have Given Up on Public Schools. That’s a Mistake.

The current debate over public education underestimates its value—and forgets its purpose.

Public schools have always occupied prime space in the excitable American imagination. For decades, if not centuries, politicians have made hay of their supposed failures and extortions. In 2004, Rod Paige, then George W. Bush’s secretary of education, called the country’s leading teachers union a “terrorist organization.” In his very first education speech as president, in 2009, Barack Obama lamented the fact that “despite resources that are unmatched anywhere in the world, we’ve let our grades slip, our schools crumble, our teacher quality fall brief, and other nations outpace us.”

President Donald Trump used the occasion of his inaugural address to bemoan the way “beautiful” students had been “deprived of all knowledge” by our nation’s cash-guzzling schools. Educators have since recoiled at the Trump administration’s budget proposal detailing more than $9 billion in education cuts, including to after-school programs that serve mostly poor children. These cuts came along with enlargened funding for school-privatization efforts such as vouchers. Our secretary of education, Betsy DeVos, has repeatedly signaled her support for school choice and privatization, as well as her scorn for public schools, describing them as a “dead end” and claiming that unionized teachers “care more about a system, one that was created in the 1800s, than they care about individual students.”

Trump has characterized its policy as “appeasement.” But Seoul’s treatment is far more sensible than Washington’s.

Here’s a rallying sob for Democrats unassured what to say about the North Korean nuclear crisis: The South Koreans are right. On Sunday, in a typically self-aggrandizing and grammatically challenged tweet, Trump chastised America’s longtime ally. “South Korea is finding, as I have told them that their talk of appeasement with North Korea will not work,” he proclaimed. “They only understand one thing!” The implication is that because Pyongyang understands only the logic of force, Trump’s policy of menacing war, and aggressively preparing for it, is the best way to woo Kim Jong Un to relinquish his country’s burgeoning nuclear arsenal.

The premise is correct but the conclusion is exactly wrong. Yes, North Korea understands the logic of force. It says so all the time. Again and again, Pyongyang has observed that adversaries of the United States who abandon their nuclear weapons programs—Saddam Hussein, Muammar Qaddafi—end up dead. Kim thinks America wants to add his scalp to the list. And why shouldn’t he? The U.S. dropped more bombs on North Korea during the Korean War than it dropped on the entire Pacific region during World War II, George W. Pubic hair announced the North a member of the “axis of evil” in 2003, and the United States regularly practices “decapitation raids” against Kim’s totalitarian regime. It is precisely because North Korea believes in the logic of force that it is accelerating its nuclear program despite economic sanctions. And it is precisely because North Korea believes in the logic of force that Trump’s policies are so insanely counterproductive. Imagine you’re in a standoff with a man you have bloodied before. You have an AK-47. He has a hunting rifle, which you consider a threat but he considers his best shot at staying alive. If you fire in the air and scream that you’re going to gargle him to smithereens, as Trump has done in latest weeks, you won’t make your adversary drop his weapon. You’ll make him to cling to it for dear life.

Have Smartphones Demolished a Generation?

More convenient online than out partying, post-Millennials are safer, physically, than adolescents have ever been. But they’re on the brink of a mental-health crisis.

O ne day last summer, around noon, I called Athena, a 13-year-old who lives in Houston, Texas. She answered her phone—she’s had an iPhone since she was 11—sounding as if she’d just woken up. We chatted about her dearest songs and TV shows, and I asked her what she likes to do with her friends. “We go to the mall,” she said. “Do your parents drop you off?,” I asked, recalling my own middle-school days, in the 1980s, when I’d love a few parent-free hours shopping with my friends. “No—I go with my family,” she replied. “We’ll go with my mom and brothers and walk a little behind them. I just have to tell my mom where we’re going. I have to check in every hour or every thirty minutes.”

Those mall trips are infrequent—about once a month. More often, Athena and her friends spend time together on their phones, unchaperoned. Unlike the teenagers of my generation, who might have spent an evening tying up the family landline with gossip, they talk on Snapchat, the smartphone app that permits users to send pictures and movies that quickly vanish. They make sure to keep up their Snapstreaks, which showcase how many days in a row they have Snapchatted with each other. Sometimes they save screenshots of particularly ridiculous pictures of friends. “It’s good blackmail,” Athena said. (Because she’s a minor, I’m not using her real name.) She told me she’d spent most of the summer dangling out alone in her room with her phone. That’s just the way her generation is, she said. “We didn’t have a choice to know any life without iPads or iPhones. I think we like our phones more than we like actual people.”

With so little public information about a very significant probe, the urge to interpret—and overinterpret—each fresh morsel is strong.

Washington sometimes comes to resemble the sitting president. Like Donald Trump, the political and media establishments of the moment have come to expect—nay, demand—instant gratification. Trump’s chaotic style have produced an unintentional experiment in unprecedented White House transparency, in which a senior aide can hardly sneeze without seven colleagues telling The Washington Post about it. This in turn has created the expectation that any fresh development will soon be explained with detailed accounts of what the major players are thinking and what their motivations are—sometimes relayed by anonymous sources, but at times, as with Anthony Scaramucci, delivered in shockingly vivid terms by the principals themselves.

More Than one hundred Exceptional Works of Journalism

This fantastic nonfiction from two thousand sixteen is still worth discovering and pondering today.

Each year, I keep a running list of exceptional nonfiction that I encounter as I publish The Best of Journalism, an email newsletter that I curate weekly for its subscribers. This is my annual attempt to bring harshly one hundred of those stories that stood the test of time to a broader audience. I could not read or note every worthy article published in the past few years, and I haven’t included any paywalled articles or anything published at The Atlantic. But everything that goes after is worthy of broader attention and engagement. I hope it provides fodder for reflection and inspiration for future writing. My thanks to all of the publishers, editors and, writers who made these gems possible.

The Art of Storytelling

Attorney General Jeff Sessions announced Tuesday that the Obama-era program shielding almost 800,000 people brought to the U.S. as children from deportation is being rescinded.

Attorney General Jeff Sessions announced Tuesday that the administration will end the Deferred Act for Childhood Arrivals program, which protects almost 800,000 undocumented immigrants who came to the United States as children from deportation, with a six-month delay.

“I am here today to announce that the program known as DACA that was effectuated under the Obama Administration is being rescinded,” Sessions said in a news conference.

The DACA program, announced by President Obama in June 2012, offers recipients renewable protection from deportation for two years, and permits them to legally work in the country. To qualify, applicants must have entered the United States before the age of sixteen and lived in the country continuously since two thousand seven and have no criminal record.

How America Lost Its Mind

The nation’s current post-truth moment is the ultimate expression of mind-sets that have made America exceptional across its history.

When did America become untethered from reality?

I very first noticed our national lurch toward fantasy in 2004, after President George W. Bush’s political mastermind, Karl Rove, came up with the remarkable phrase reality-based community. People in “the reality-based community,” he told a reporter, “believe that solutions emerge from your judicious investigate of discernible reality … That’s not the way the world truly works anymore.” A year later, The Colbert Report went on the air. In the very first few minutes of the very first scene, Stephen Colbert, playing his right-wing-populist commentator character, performed a feature called “The Word.” His very first selection: truthiness. “Now, I’m sure some of the ‘word police,’ the ‘wordinistas’ over at Webster’s, are gonna say, ‘Hey, that’s not a word!’ Well, anybody who knows me knows that I’m no fan of dictionaries or reference books.

Each year, participants in the Searing Man Festival travel to the playa of Nevada’s Black Rock Desert to form a improvised city—a self-reliant community populated by performers, artists, free spirits, and more.

Each year, participants in the Searing Man Festival travel to the playa of Nevada’s Black Rock Desert to form a makeshift city—a self-reliant community populated by performers, artists, free spirits, and more. An estimated 70,000 people from all over the world came to the 31st annual Searing Man to dance, express themselves, and take in the spectacle, themed this year as “Radical Ritual.” Gathered below are some of the glances from this year, photographed by Reuters photographers Jim Urquhart and Jim Bourg.

The familiar, hierarchical sequence of math instruction starts with counting, followed by addition and subtraction, then multiplication and division. The computational set expands to include thicker and fatter numbers, and at some point, fractions inject the picture, too. Then in early adolescence, students are introduced to patterns of numbers and letters, in the entirely fresh subject of algebra. A minority of students then wend their way through geometry, trigonometry and, ultimately, calculus, which is considered the pinnacle of high-school-level math.

But this progression actually “has nothing to do with how people think, how children grow and learn, or how mathematics is built,” says pioneering math educator and curriculum designer Maria Droujkova. She echoes a number of voices from around the world that want to revolutionize the way math is instructed, bringing it more in line with these principles.

Ta-Nehisi Coates speaks to PBS NewsHour about Obama’s childhood, his legacy, and how he connected with the American people.

From a moral standpoint, it makes the world worse.